A Reflection by Bren Ram 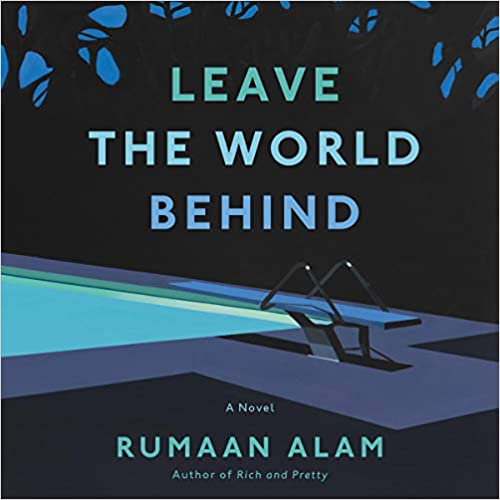 The popular conversation about Rumaan Alam’s 2020 novel Leave the World Behind risks exhaustion. Every major review venue has something to say about this narrow little apocalypse story, from meditations on its shifting point-of-view to comparisons to Jordan Peele’s Get Out (2017). With such a saturated storm of chatter surrounding it, Leave the World Behind arrived on my bookshelf primed to walk the line between over-wrought critical darling and disaster-novel-secretly-hiding-something-more-serious. But none of these reviews prepared me for the ecological reading the novel invites; its overwhelming and effortless sense of scale; its staging of characters against the murky background of crisis. Yes, Leave the World Behind may be talked to death – but in the first month of 2021, when crisis feels like a chronic condition of life, it feels kind of nice to read a lonely novel in such rich company.

Is Leave the World Behind a disaster novel? Not quite. It shies away from the climate-fiction and apocalypse-novel tropes of survivalism, policy prediction, and community-restructuring; taking place over just a few short days, it zooms in on the minutia of just one location, just a few characters, and a feeling of relative isolation. These characters are built with the kind of intimate detail that allows you to see them in people you know (or in yourself: the Los Angeles Review of Books anxiously asks, “What kind of prejudices do you, liberal you, hold quietly in your heart?”).[1] “Middle-class” Amanda and Clay, along with their teenage children Archie and Rose, are enjoying a secluded Airbnb experience in the Hamptons, when the property owners – Ruth and GH – show up and interrupt their vacation with the news that something has happened.

“Something” – the word echoes throughout the novel, with the characters and the narrator leaning on it to refer to the mysterious crisis occurring far away. Our six main characters are cut off from the outside world when their internet service evaporates, leaving them without the ability to contact loved ones or read the news. Each scrap of information hints at events occurring on larger scales, sparking a new scramble for footing: “’A hurricane. That’s something.’ Ruth tried to make it mean something.” (Her husband responds skeptically: “Is it?”) The ambiguity of the word is one of the novel’s great strengths – it rubs at “something” until the word threatens to feel normal, the way history smooths over crises to make them feel inevitable. “’Something happened, sure, I think we can agree,’” insists GH, but the narrator pushes back: “[T]his was a technicality, it was the nature of the world, things happening.”

Alam’s restraint in keeping his narrative voice tightly bound to this one location and these six characters occasionally peels back to give the reader glimpses of the larger narrative world. Maintaining the importance of the characters’ lives, the text asks, “Did it matter if a storm had metastasized into something for which no noun yet existed? Did it matter if the electrical grid broke apart like something built of Lego? Did it matter if Lego would never biodegrade, would outlast Notre Dame, the pyramids at Giza, the pigment daubed on the walls at Lascaux?” This jagged zooming in and out allows Leave the World Behind to gesture towards environmentalism without explicitly naming an environmental crisis. Alam resists the tendency of climate novels to smoothly slide between scales small and large, instead emphasizing the differences in knowledge between people as they separate, come together, and separate again.

The issue of scale is frequently invoked by ecocritics as one of the primary barriers to conceptualizing large problems like climate change. Wherever you stand on the ongoing debate about whether and to what degree humans are having an impact on the planet’s geological record, it is an undeniable fact that in our daily lives we interact with time scales beyond our imagining. The oil economy rests on a substance made of the decomposed bodies of living things from hundreds of millions of years ago; the plastics that make up our medical supplies, food containers, and so much more (including Legos) will never decompose. How is one to comprehend the fact that the ecology of the entire planet is changing rapidly – perhaps beyond repair – from the vantage point of a single human person? How do we understand the kinds of collective action required to stop global warming, and the scale on which that collective action must take place?

Leave the World Behind sinks uncomfortably into such questions, picking at their seams. Its characters careen between contemplating events and actions massive and small, both out of necessity and in order to cope with their strange situation. Ruth manages her anxieties by carefully attending to these differences: “She mostly could bear not thinking about the ice caps or the president. She could hold fear at bay by focusing on the small matter of her own life. ‘You remember that year we went to Italy?” It is easy to see how a lesser novel might connect the dots here from Ruth’s and her husband’s lavish lifestyle of travel and wealth to their personal contribution to climate change, but Alam refuses to make matters so simple to understand. Nothing in this novel is simple, flows smoothly; conflict here arises not from apportioning blame or identifying the cause of the “something,” but rather from issues of class, race, property ownership (who has the most valid claim to the Airbnb, the people who paid for a week of total privacy or the people who legally own the house?).

While such sources of friction as race and class have received much attention from critics and reviewers, few have followed the gaps in knowledge that structure the characters’ relationships to their world. Certainly, on the largest scale, the characters do not know what has caused their internet to cut out; but, more locally, Amanda and Clay (and their children) struggle to navigate the unfamiliar area without GPS. Even more minutely, Leave the World Behind is very concerned with the insides of characters’ bodies and the opacity of their inner workings. When the novel begins, Amanda and Clay “marvel” at the experience of having “a body, a thing that contained you.” But slowly, the “something” creeps back in, transitioning from outside to inside with the turn of a sentence: “Maybe, maybe, something had happened to them. Maybe something was happening to them. For centuries there was no language to describe the fact that tumors blossomed inside lungs, beautiful volunteers like flowering plants that take root in unlikely places. Not knowing what to call it did not change it, death by drowning as your chest filled with sacs of liquid.” More and more, characters’ ability to trust their own bodies is undermined just as their ability to trust their surroundings ebbs away. The body is perhaps a strange focal point for a so-called disaster novel, but when one considers Alam’s interest in degrees of knowledge, it makes sense – if one cannot know what’s going on far away, why should one have any better knowledge of what’s going on inside?

Leave the World Behind is not a novel about what, exactly, it is that brings “life as we know it” to a grinding halt, nor does it attempt to predict or speculate about potential future social organizations or survival strategies. This makes it unique among novels of its kind (whatever that kind might be). It’s not interested in figuring out how its characters survive, how they build a plan and prepare for whatever is to come, or how they find out what’s going on in the wider world. This is a novel about that one breathless moment when crises of all sizes, actions at all scales, sensations and feelings and prejudices and anxieties all snap together. There is no “answer” to vulnerability in this story – only that slowly rising tide of dawning awareness that something is going on. 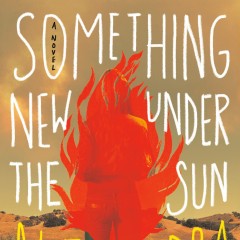 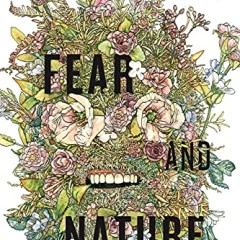 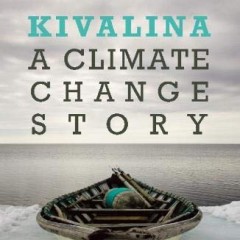 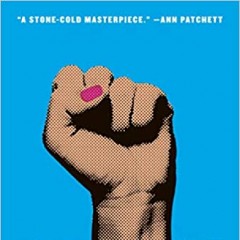 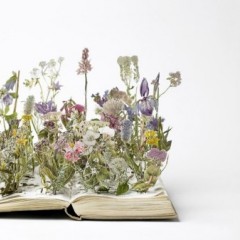